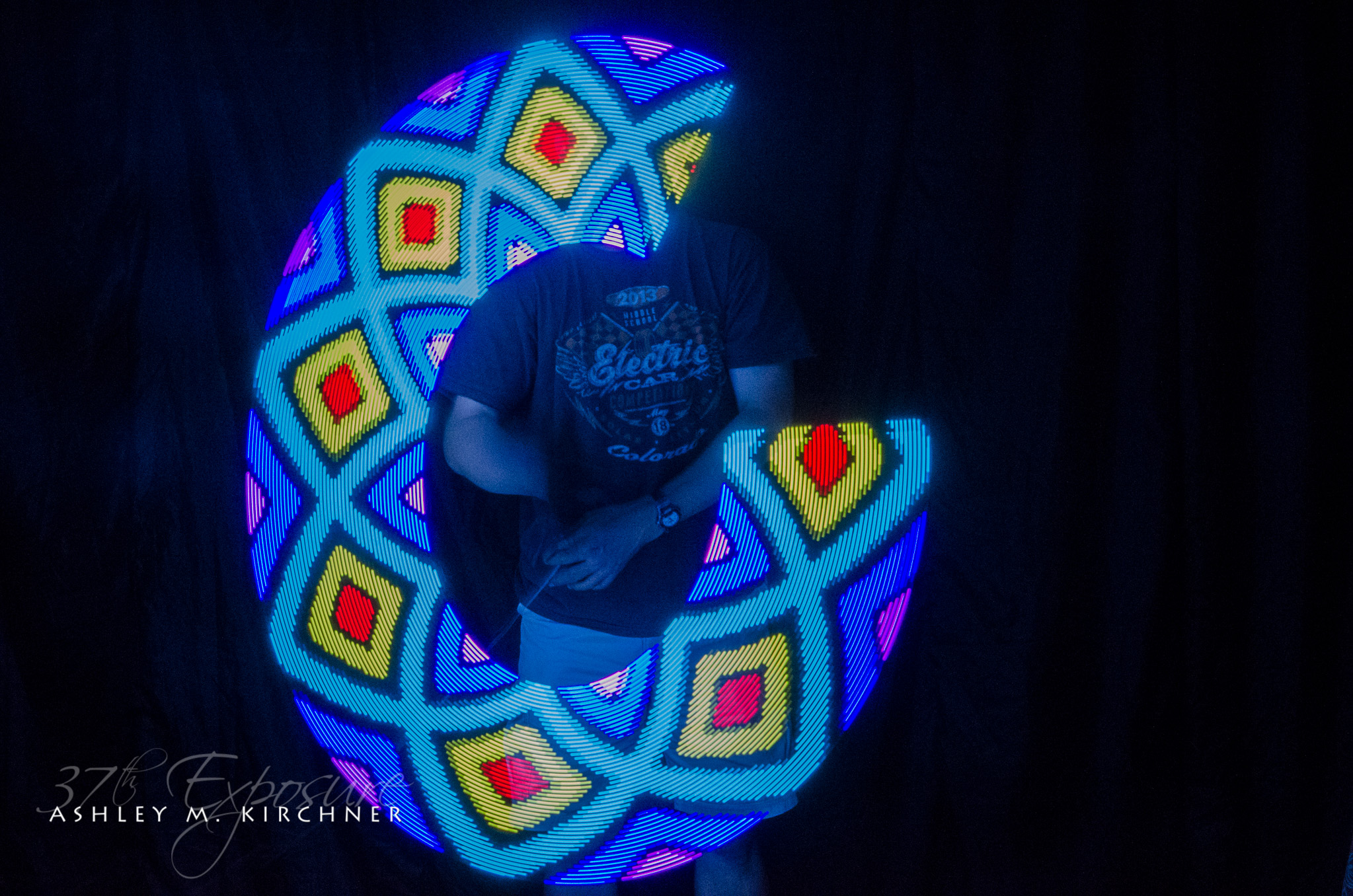 Did some hardware shopping after practice today.  I’ve been trying to figure out how to attach things to the tubes and what not.  For now, I’ve settled for a simple bolt and nut arrangement with a plastic plug.  By drilling a hole through both the tube’s sidewall as well as through the plug, the bolt will hold both of them together and there’s no risk of the plug flying out.  The top bold has a small (fishing) swivel attached which protrudes through the plug.  This will then get attached to whatever chain I can find.  Looked around for that too but I wasn’t happy with what I found.  I don’t like open-ended chains, those where the ends are simply curled in, as opposed to welded in.  Over time they expand and when you’re spinning something, that can spell disaster.  I’ll have to go back to the hardware store and see what other options there is that’s small and doesn’t weight fourteen tons.  I still need to grind the protruding bolt and get it flush with the nut, but for now this’ll do.

After spending some time making a new video clip (in other words, procrastinating on doing other stuff), I decided to do some code fixes while the video was processing.  We now have the ability to control each image in terms of how fast the same image will loop and repeat, how long it will be displayed, and whether there is a pause before moving on to the next image.  Had to squash a bug while at it too!

Opted to use some more traditional images for testing.  These all came from the original PixelPoi source files, which also happens to be the design I’m improving on.

Tomorrow is “hardware day”.  I’m going to try and focus all of my attention on the controller part so I can get that done and maybe send it off for manufacturing.