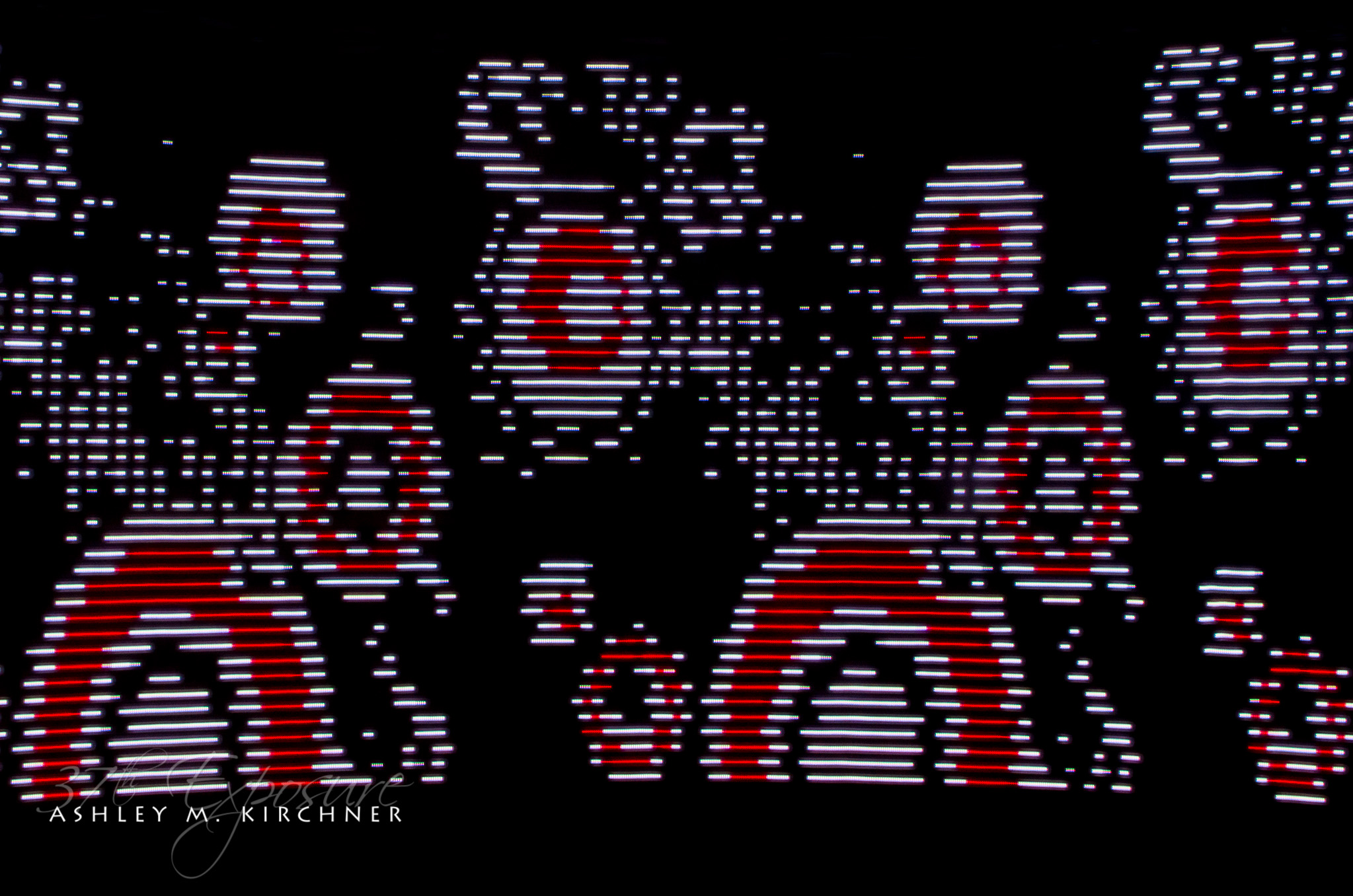 After playing with the LED strips and getting some interesting images, my attention shifted to ‘persistence of vision‘.  Wikipedia defines persistence of vision ‘a phenomenon of the eye by which an afterimage is thought to persist for approximately one twenty-fifth of a second on the retina’.  Take an image, any image, and break it up into individual columns.  Now, display each of those columns on a single string of lights in rapid succession while moving the strip.  The human eye will see an ‘afterimage’ of each column as they’re displayed.

With all of the LED strips that I have, I decided to do a simple test.