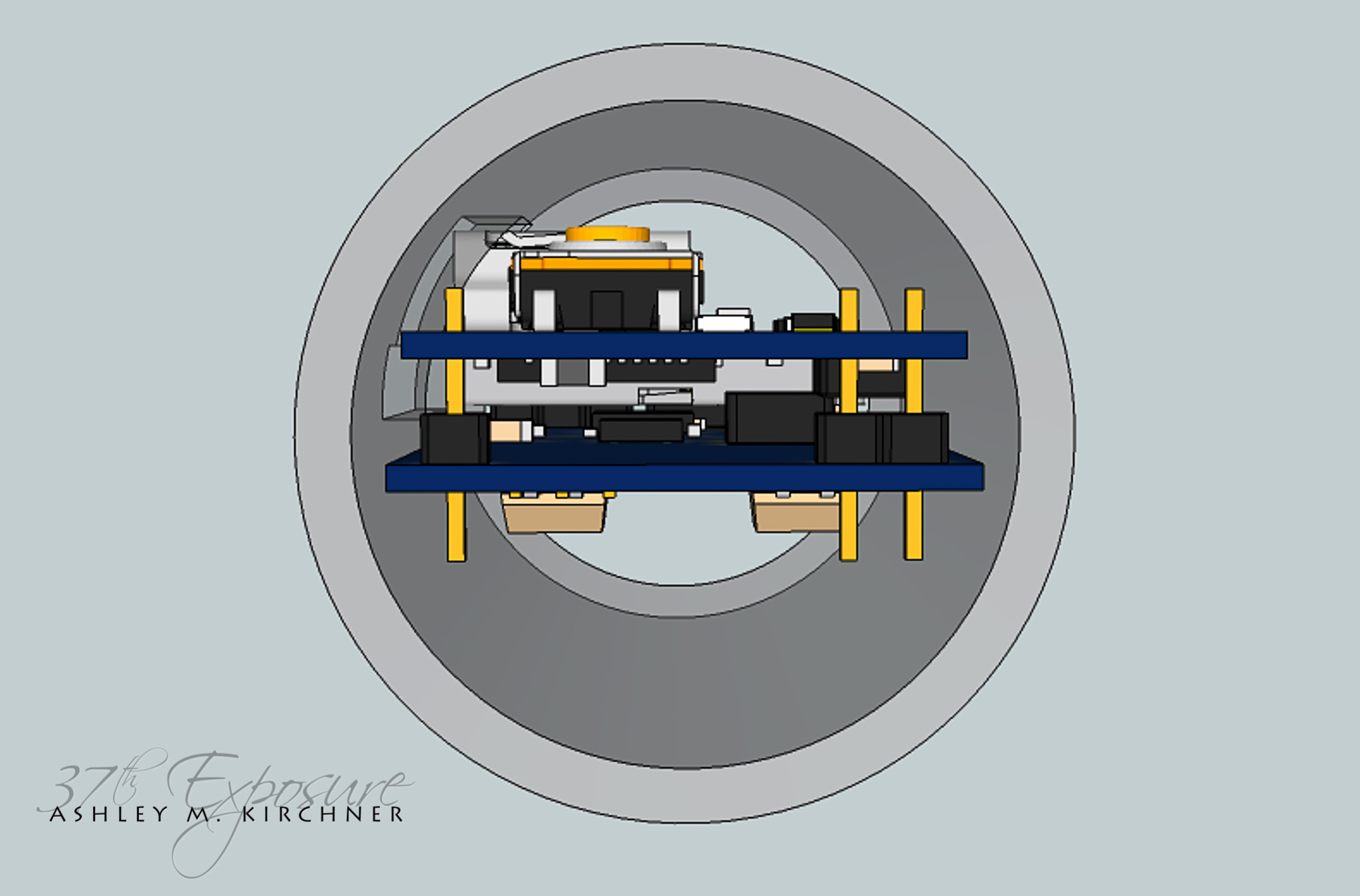 One thing I learned a long time ago was to document progress.  Having been using EagleCAD as my main circuit design and layout program, combined with eagleUp, it’s pretty easy to spit out some simple renderings of a design.  The advantage of this is that I can easily pull a design into a CAD program, such as SketchUp, and see how things fit together, down to whatever accuracy I want.  Back in the olden days, you design something in the hopes that it would fit, or you build an enclosure around it.  Nowadays I can start with an enclosure and decide how to fit something in it.  And while this at times can be a bit problematic, in the end it’s a great asset.

When I first thought of this POV Poi design, I started thinking of what an acceptable tube width would be.  1″ seemed too big, though now I’m finding out that there are even larger ones.  But I’m also considering weight.  What’s acceptable?  I don’t know.  But that’s why we create prototypes; mainly to find problems and to also get it into the hands of an actual performer and see what they think.

Originally, I had the entire controller board on a single layer, sitting right in the middle of the polycarbonate tube:

This quickly became a problem.  It’s hard to route all the components on a single board.  There are some large ones on the bottom that restrict where I can place a trace, and the parts up top are very small, very tight and I quickly ran out of room to lay down any traces.  And it was also too long.  I want to try and keep it as short as possible, ideally shorter than the battery itself which is 65mm long.  I have to think of balance here.  And the overall length of this virtual tube was also getting to be about 43.5cm long (or about 17″ long.)  That seems long to me, but again, I’m not a performer so until I can get it into the hands of an actual performer, I won’t know.

So I started working on a two-tiered design instead.  This gives me the added advantage of possibly wedging it into place inside the tube, or adding a guide in the tube that will hold it in place so it doesn’t rotate.  That’s all nice, but I still need to route it all and I’m getting dangerously close to the 50mm limit I imposed on myself.  I still want to shorten the overall length a bit, so that’s enough room for a 3″ chain to go on the end that then ties to whatever the performer wants to hold in their hand, whether it’s a small ball, or a leather strap.

I still need to add control buttons, if I decide to incorporate the ability to have image folders in this revision.  And with the idea of a short staff, that means breaking out some control lines to communicate to the controller on the other end of the staff.  Potentially using I2C lines.  However, if in the future I want to add a gyro and/or accelerometer to the design, I may need those lines.  We shall see.