I decided to cobble together one baton.  A couple of things were immediately obvious:

Despite all of that, I did manage to attach the battery to the PCBs, and left it tethered to an external controller through a very long ribbon cable.  I don’t have the design for the actual controller done yet, so I had to use an external one.  This was actually advantageous.  Especially since I realized that I could easily go up to a 1″ diameter tube and still be okay.  I’ll have to rework the PCBs for the LEDs a bit, but that’s not a big issue, in fact it may be a bit cheaper in the long run.  But, more importantly, it gives me an additional 3mm to work with for the controller.  That may not seem like a lot, but 3mm translates to 118mils, which means I can place seven 8mils thick traces in that space.  That is important!

Other things that became apparent after I started playing with it: 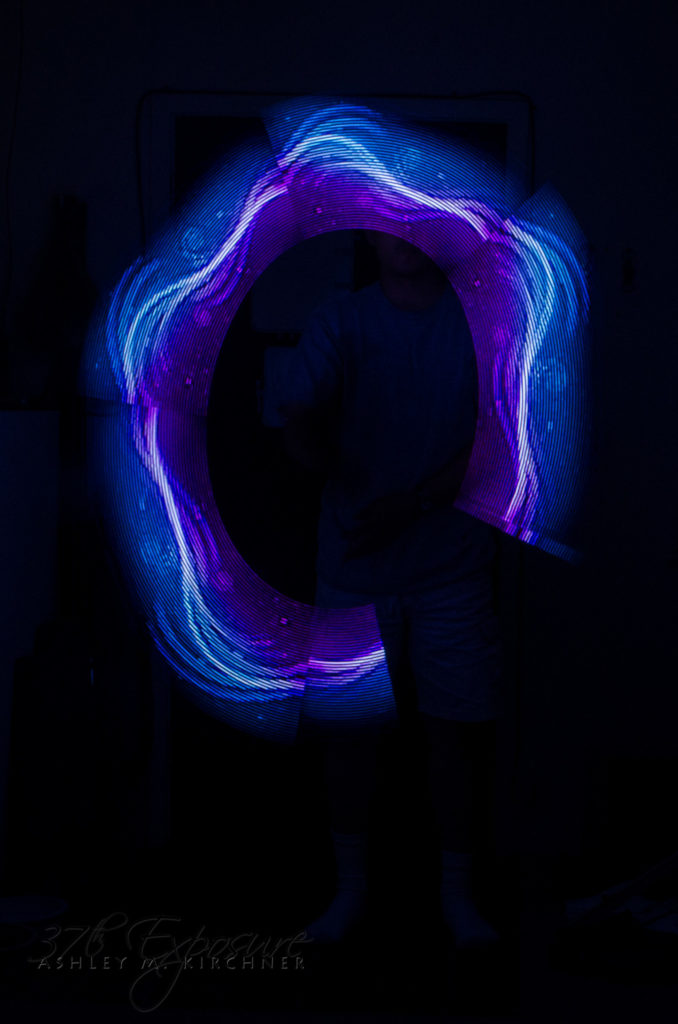 This is what the video looks like, when captured at 30 frames per second.  It’s nowhere near as awesome as seeing it with your own eyes.

* Besides storing delays, there are other items on the list: